Agnès and Pascal, known as “motivated Pickwick”, met at the Makro: “He worked on the shelves and I at the checkout, love set in”

The six stores that account Macro in Belgium will open for the last time on Friday December 30 and will therefore close their doors definitively on Saturday December 31, reports the site specializing in Gondola distribution. The company will then be put into liquidation or bankruptcy.

People had worked in these stores for several years. Couples have even formed there. Agnès, a 32-year career, and Pascal, a 35-year career, have many memories of Macro of Lodelinsart. “He worked on the shelf and mewas a cashier at the time. I didn’t have my final contract yet. When we had few customers, the cashiers went to the shelves as reinforcements. One thing leading to another, while discussing love has settled“, says Agnes DofnyAncient reassorter at the store Macro of Lodelinsart.

The couple’s marriage had even been communicated in the company’s internal newspaper. During the ceremony, many colleagues were present.

“It was a wedding Marko“, jokes Pascal “Pickwick motivated” Deneufbourgancient forklift driver Macro of Lodelinsart. “It was a great party, on a motorcycle with a lot of colleagues“. 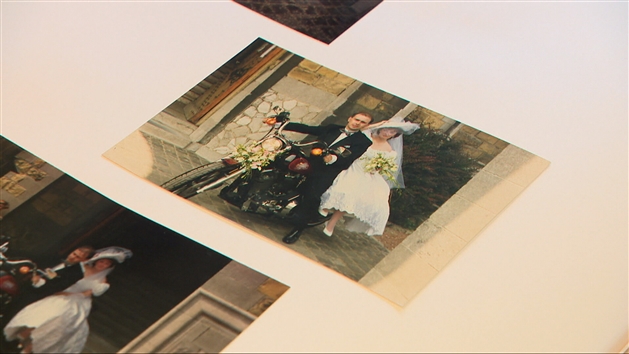 Agnes, tears in her eyes, entrusts that his colleagues are “friends” who will be greatly missed.

For the couple, Marko is more than a workplace. It is a community place that has shaped lives.

The group Macro Pay and carry Belgium had obtained protection against its creditors by the company court of Antwerp in September until mid-January. This decision was followed by a procedure for the sale of all or part of the chain of stores. The group included 11 stores of the catering wholesaler Metro, nine of which were acquired by the Dutch group Sligroand six supermarket chain stores Macro. Only an offer has been made for stores More it was rejected.