Beware of this SUV theft technique: the thugs imitate the signal of your keys to steal your car

SUV thefts are more and more numerous in Belgium, and particularly in the province of Liège. Thieves who use an unstoppable and well-established technique: they manage to open vehicles remotely, by “reproducing” the signal from their contactless keys.

SUV thefts are more and more numerous in Belgium and particularly in the province of Liège. The thieves use an unstoppable and well-honed technique. They manage to open vehicles remotely by reproducing the signal from their contactless key.

CCTV footage shows the theft of a vehicle on December 28 in Waremme. We can see two individuals, one stays near the car to be stolen, the other approaches near the house. With a sort of hoop which is in fact an antenna, the latter seeks to pick up the signal from a contactless key. The shoulder box amplifies the signal to the car which opens and can start.

Since the beginning of October, around fifty identical thefts have been recorded in the province of Liège. These are mainly Peugeots from 2008 or 3008 and sometimes older BMW models. 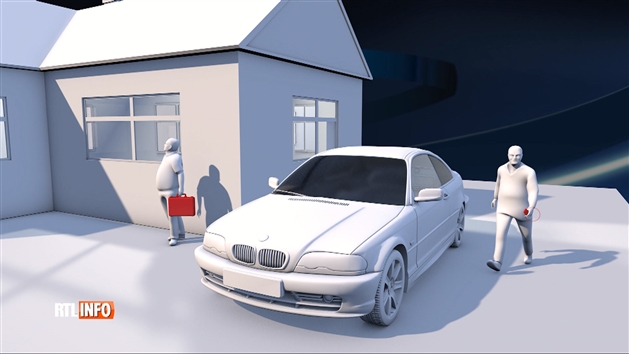 “We decided to take matters into our own hands. The prosecution appointed a reference magistrate because with so many facts in such a short time, we can assume that these are organized facts. But we are at the start of the investigation and for the moment, we do not know mores”, explains Catherine Collignon, first deputy prosecutor of the King of Liège.

At the moment, the most affected areas are Hesbaye, Seraing, Esneux, Chaudfontaine, Sprimont and Aywaille. The police advise, if possible, to return the car models concerned to a garage. “We recommend not leaving the keys at the entrance so close to the doors. And if it is not possible to put them in a metal box in order to avoid the transmission of waves”adds Catherine Collignon.

Wrapping them in aluminum foil also avoids signal transmission. Two days ago in Waremme, the owner, awakened by his alarm, turned on the lights in his house. The theft did not take place.