Between 5 and 8% of French people suffer from dyslexia-related disorders, according to the French Federation of Dys. A significant proportion that prompted the start-up Facil’iti to imagine an application capable of helping those concerned to read better.

Do you have a written language disorder? If the answer is positive, know that you are not alone and that solutions exist to accompany you on a daily basis. This week at CES in Las Vegas, the young French company Facil’iti unveiled MYdys, a mobile application capable of supporting the 5 to 8% of French people suffering from dyslexia.

MYdys (available on iOS and soon on Android) aims to offer a tailor-made experience to overcome this disorder, which can be bothersome on a daily basis for children, but also for adults who would not dare to talk about it to those around them.

Concretely, this app invites you to take a picture with your smartphone of the text you want to read. It is then possible to obtain a personalized reading sequence that adapts to your visual impairment. The interface allows to “change the size of the characters and the font, the spacing of the words and the lines, to help with the reading of the most commonly confused or reversed letters and numbers (this is sometimes the case for a 9 and a 6, or a d and a b), or to modify the colors to increase the contrast and the readability”, specifies the company in a press release. The tool also provides translation into more than 21 languages, and even voice synthesis of the text. 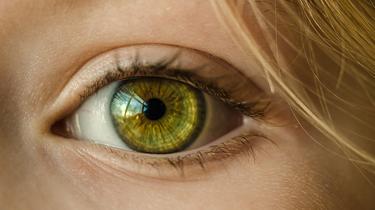 If the MYdys application is free within the limit of 30 scans per month, people who would like to use it more frequently should know that a paid subscription system is offered. Thus, it will cost €2.99/month to perform up to 600 scans and €5.99 for more than 10,000 scans per month. At the same time, the start-up Facil’iti is also developing a solution to “translate” web pages for people with dyslexia.