Skip to content
Films entirely created by artificial intelligence? After DALL-E and ChatGPT, Microsoft is developing an AI dedicated to sound 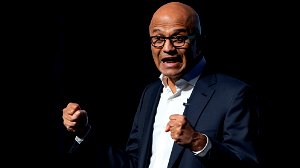 This new AI can imitate any voice, including its emotion and pitch after just three seconds of listening.

Why is this important?

With ChatGPT as a figurehead, which could be a revolution in the same way as the iPhone, artificial intelligence is spreading more and more. This time, Microsoft is releasing its own AI dedicated to sound: VALL-E.

The detail : On the VALL-E site, we learn that this AI was made possible thanks to “ 60,000 hours of speech in English, which is hundreds of times more than existing systems”.