Knife assault in a hospital in Anderlecht: the person, who entered shouting “Allahu Akbar” was arrested

The person reportedly mentioned he was going to die however would come again to “kill everybody”. All hospitals within the Brussels area would then have been warned of a possible assault by this particular person, who was arrested in Saint-Josse-ten-Noorde shortly earlier than 9 p.m. this Friday in accordance with the Brussels-Midi police zone. He’s at the moment being interviewed by investigators and can then be referred to the Brussels public prosecutor’s workplace.

“We now have acquired info on the actions of this suspect and we’re doing every little thing attainable to search out him. The Brussels public prosecutor’s workplace has been notified. As well as, all Brussels hospitals have been contacted and warned. We’re following the scenario carefully,” mentioned Sarah Frederickx, spokeswoman for the Brussels-Midi police zone.

A person, wearing grey denims and a black sweater, introduced himself on Friday morning on the Saint-Anne / Saint-Rémi hospital in Anderlecht. He was aggressive and made threats. The person, who was armed with a knife, reportedly declared that he was going to die however that he would come again to “kill everybody”, earlier than leaving. He’s at the moment needed. 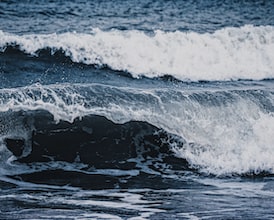 Absurd conditions to cap gas prices in Europe: the peculiar sense of humor of the European Commission

Dramatic hearth in Forest: a person sufferer of a coronary heart assault

“He was a really jovial particular person, a cream”, “RIP my colleague, my brother in arms, my good friend”