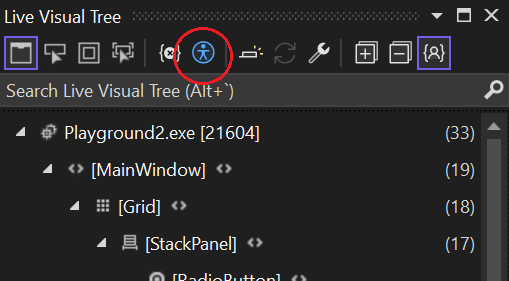 Developers take pride in their code, and a misspelled word can be embarrassing. 17.5 Preview 3 has the first preview version of the spell checker for code documents which will help users identify misspelled words in comments, strings and identifiers for C#, C++ and Markdown files. The feature is enabled by default, but can be disabled by unchecking “Text spell checker” under “Manage preview features”. There is also a “Toggle Text Spell Checker” button on the main toolbar, as well as a “Toggle Text Spell Checker” in the main menu under Edit\Advanced.

When an error is found in a comment or a string, the spell checker offers to correct the given instance, but when the error is in an identifier, the correction will be refactored, ensuring that the resulting code gets the code correction in the solution. The spell checker will use the EN-US dictionary as well as the dictionary corresponding to the Windows display language you are using.

Microsoft has made many updates to improve the performance of decompilation scenarios. As a result, decompiling is significantly faster in 17.5.

Microsoft took an example where an exception in a WPF application is encountered and the developer would like to decompile some framework methods on the stack for debugging. The example shows a comparison of the same decompilation in 17.4 and 17.5: As you can see, we were able to decompile several modules on the stack in 17.5 in less time than it took to decompile a single module in 17.4 , says Microsoft, presenting a video.

The Markdown Editor, which Microsoft made available in 17.5 Preview 2, is now available to all users and is now enabled by default.

Microsoft introduced Intent-Based VS Suggestions, a new feature in Visual Studio that provides inline suggestions in the editor based on recent changes. This feature uses machine learning algorithms to understand the context of your code and suggests relevant changes based on the changes you make. This helps code more efficiently and accurately. Microsoft recommends trying it to experience the power of intent-based suggestions in your development workflow.

Microsoft has had a lot of feedback from developers about performance issues and has taken steps to address several performance-related issues in the Razor and Roslyn spaces to make them more productive. Along with some minor performance improvements to Razor, some of Roslyn’s improvements include the following*:

Build Acceleration allows you to complete incremental builds faster, which speeds up the creation of your projects, while also accelerating other actions that depend on builds, such as debugging, running unit tests and publishing applications .

The tool works by identifying situations where Visual Studio might copy files to disk rather than scheduling a build. For solutions with many project references, Microsoft claims to have seen reduced build times of up to 80*%.

Build Acceleration is currently opt-in and can be enabled by setting the AccelerateBuildsInVisualStudio property to true in your projects. It works best when enabled for all projects in your solution, which can be done by setting the property in a Directory.Build.props file.

Colorization of brace pairs for C++

You can now visually distinguish each set of opening and closing braces for your C++ code, making it easier to see the doorway of your code or find missing braces. This is currently only available for C++. Microsoft is also working on colorizing brace pairs for C#. 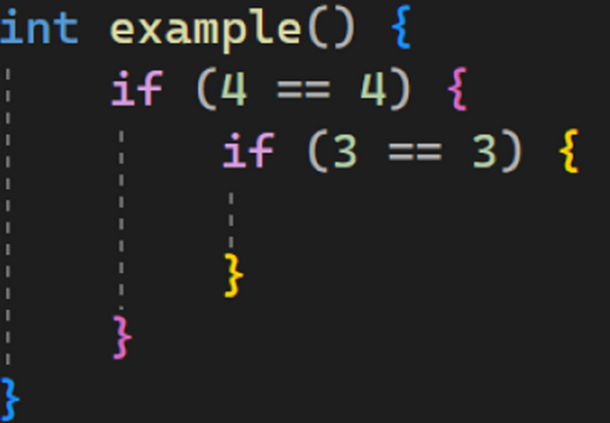 Open container in the terminal

Microsoft has added the ability to open your Dev Container in Visual Studio’s built-in terminal. With your project open in a development container, right-click the devcontainer.json file and select “Open container in terminal”.

This will open the integrated terminal and run the docker exec command to open an interactive shell in your Dev Container.