why is the epidemic so violent this year?

Particularly strong in France in December, the flu epidemic led to an increase in hospitalizations of 118% in one week on French territory. Why is it so violent in 2022? Professor Philippe Amouyel provided us with the answers.

The virulence of the flu this year has a double origin. Particularly strong in France during this month of December, the flu epidemic led to an increase in hospitalizations of 118% in one week on French territory.

Over the same period, consultations related to this respiratory infection increased by 57% according to Santé Publique France.

Two factors explain the resurgence of the flu

“In winter, the transmission is more important. Airing, living outside reduces the risk of contamination. However, in winter, it is colder so we tend to ventilate less. We then find ourselves in the conditions of rapid transmission of the flu, but also of other variants of Covid or bronchiolitis”, explained Philippe Amouyel, professor of public health at the Lille University Hospital (North) for CNEWS.

The other explanation for this resurgence of the epidemic in France can be found in the low circulation of the virus over the past two years. “The barrier gestures in 2020 and 2021 made it possible to stop the progression of the flu epidemic. This year, we have a little less immune reactions that have taken place in the population, so that when the virus arrives, it circulates more quickly. The epidemic is earlier this year”, analyzed the professor. 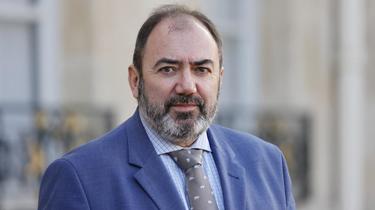 To catch up with this immunity, the specialist strongly advises vaccination. He also recommends wearing the mask in transport and closed places to avoid serious cases among the most fragile and the saturation of hospitals.